In a post-religious age, Google is our oracle

Increasingly, internet searchers type spiritual questions - about direction, meaning, judgement - into Google. What does this mean to give authority over our souls to an algorithm?

There are many reasons for waking at 3am. Money, guilt, forgotten tasks. And more: the limbo of the witching hour creates space for concerns normally swallowed in the flurry of the day. What is my purpose? Why are humans on Earth? Is there an afterlife?

You pick up your phone, squint your eyes against its light. You wrestle the yearning of your inner being into words, blinking cursor in white search box, and your type the text into Google.

“The very concept of objective truth”, Orwell wrote in 1942, “is fading out of the world.” In his essay, on the Spanish Civil War and the totalitarian control of thought, Orwell writes that newspapers printed reports that, “did not bear any relation to the facts”, but were instead designed to persuade opinion.

Trust in authority – of the government, media, history books – dissolved as the 20th century wore on and selfish motives were revealed.  After WWII, the sixties brought the rebellion of youth subculture against conformity, conscription, the Vietnam War.  Commerce and culture have since united in a blur of advertising and authentic opinion - first in magazines’ advertorials, then sponsored social media – and in the last ten years the proliferation of user-generated content means only 31% of Australians trust the mainstream media.  And now, two words: fake news.

The “post-truth” world means authoritative facts no longer exist. Even the surety of science has been eroded, Cordelia Fine’s examination of scientists’ bias in her book, Testosterone Rex revealed socialised gender norms shaped data. So now even the more rational department of human thought is touched by the subjective experience. Objective truth has been fading since Orwell penned those words 75 years ago.

It is a terrifying concept: that all things can be argued against, nothing is certain. This postmodern mindset is profoundly disorientating, sending us spinning through space with nothing solid to grasp. But if the concept of universal truth has crumbled, what effect does this have on our souls? How does this affect our fundamental search for meaning?

Religion used to function as a moral and spiritual authority in society. For some, this is still the case, but the role of institutional religion in Western society has certainly been destroyed. The Church now is shorthand for greed, corruption and child abuse. How do we search for spiritual truth when the leaders we once turned to are now seen as morally bankrupt?

In a world bereft of certain truth, we are still looking for answers.

Search engine AOL violated users privacy in 2006 by reporting what search terms were entered in a three month period, proving we don’t just google questions, we google problems. We seek guidance. More than just keywords, users asked questions very particular to their lives: why can’t I save money? Why do men have online affairs? An exploration of Google’s keyword trends reveals that even questions like, “Where did I put my glasses” have an average of 320 searches per month. It’s as if we’re seeking guidance from omniscient knowledge that transcends our own experience.

No, it’s not logical, nor necessarily wise - we’ve all had the misguided idea of googling medical symptoms (a friend in high school momentarily convinced herself that her boyfriend was terminally ill when he had glandular fever). It’s a development that is not exactly Orwellian but Asimovian.  The habit, now, is to turn to technology for objective knowledge.  Like Apple’s Siri, Google Assistant is activated by voice and answers in turn. As well as the ability to text and call, search a route in Maps, it has the capacity to answer questions like When is Mother’s Day?

The information that virtual assistants reply with are taken from featured snippets, boxes at the top of Google searches - their position enshrining the answer with authority. When the search engine identifies that you are asking a question and deems a single answer, the featured snippet is inserted with a summary, and that is how virtual assistants reply. These searches draw on the knowledge graph, an “internal encyclopedia with basic answers to factual questions” and snippets often feature from Wikipedia entries - a famously flawed source of fact. Answers taken from websites sometimes lead to untrue answers (a featured snippet in 2014 deigned Barack Obama King of the United States).

In 2016, Google confirmed yearly searches number more than 2 trillion, though the company refused to reveal exact numbers. Make no mistake; the conglomerate knows what we want, perhaps more than anyone on Earth. And so does this mean that algorithms can be programmed to answer the desires of our souls? “The search engine giant”, reported the Wall Street Journal, “wants to be the oracle for most of life’s questions.”

Existential googling, a phrase termed in a 2011 AWL article, is evident in Google’s autofill function, why am I… enlists a drop-down box that completes the question with options like why am I here? Or why am I alive? The autofill function draws upon a database that collects keywords people enter into search engines and records the more frequent terms; it is the private made public, it is a direct enquiry into the collective consciousness.  It’s reassuring to discover other people, too, are silly enough to ask spiritual questions of the blinking cursor.  It’s reassuring to be connected to the humanity of those behind other screens, illuminating darkness in after-midnight loneliness in bedrooms dotted around the world.

The Church of Google believes Google “is the closest humankind has ever come to directly experiencing an actual God.” Sure, it’s satire, but it’s adherents make a good case for the search engine’s omniscience (“she indexes over 9.5 billion web pages”), it’s omnipresence (“Google is virtually everywhere on earth at the same time”) and it’s ability to answer prayers (“One can pray to Google by doing a search for whatever question or problem is plaguing them.”)

Even within this cynicism, seeking spiritual answers from an algorithm reveals a high level of trust and artificial intelligence. We simultaneously doubt and believe. We no longer trust traditional authority but we continue to search.

Orwell wasn’t quite right. Objective truth hasn’t faded entirely from earth - it has been remodelled. From flesh and blood to metal and wires; from the pulpit to the smartphone. If we are praying to Google, we trust the judgement of a machine.

Louise Omer is a writer with journalism and criticism published in The Guardian, The Australian, The Saturday Paper and The Lifted Brow. She writes about religion, feminism and books. She's a  Wheeler Centre Hot Desk Fellowship recipient and was shortlisted for the Scribe Nonfiction Prize. She's currently working on her first book. 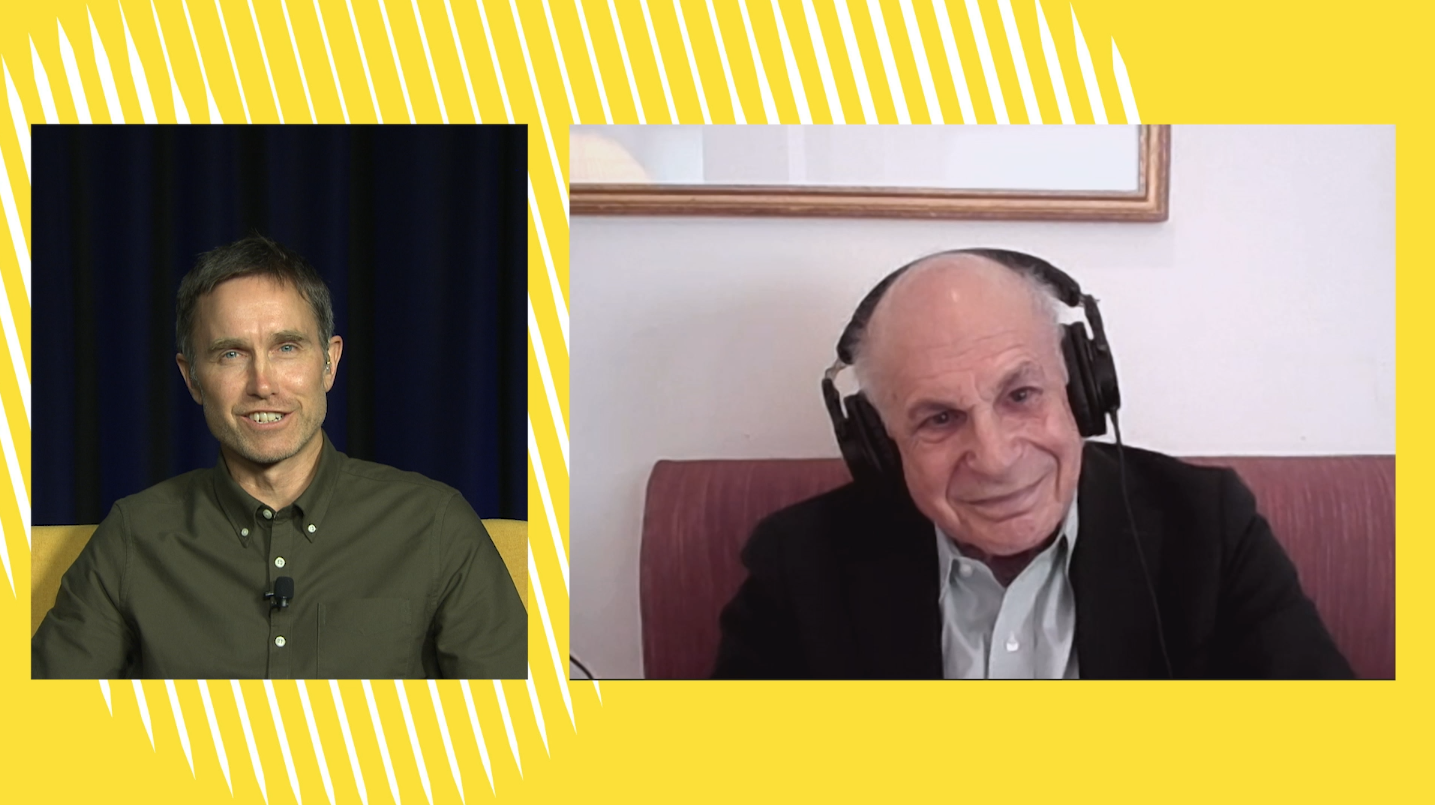 Thinking, fast and slow, and everything in between. 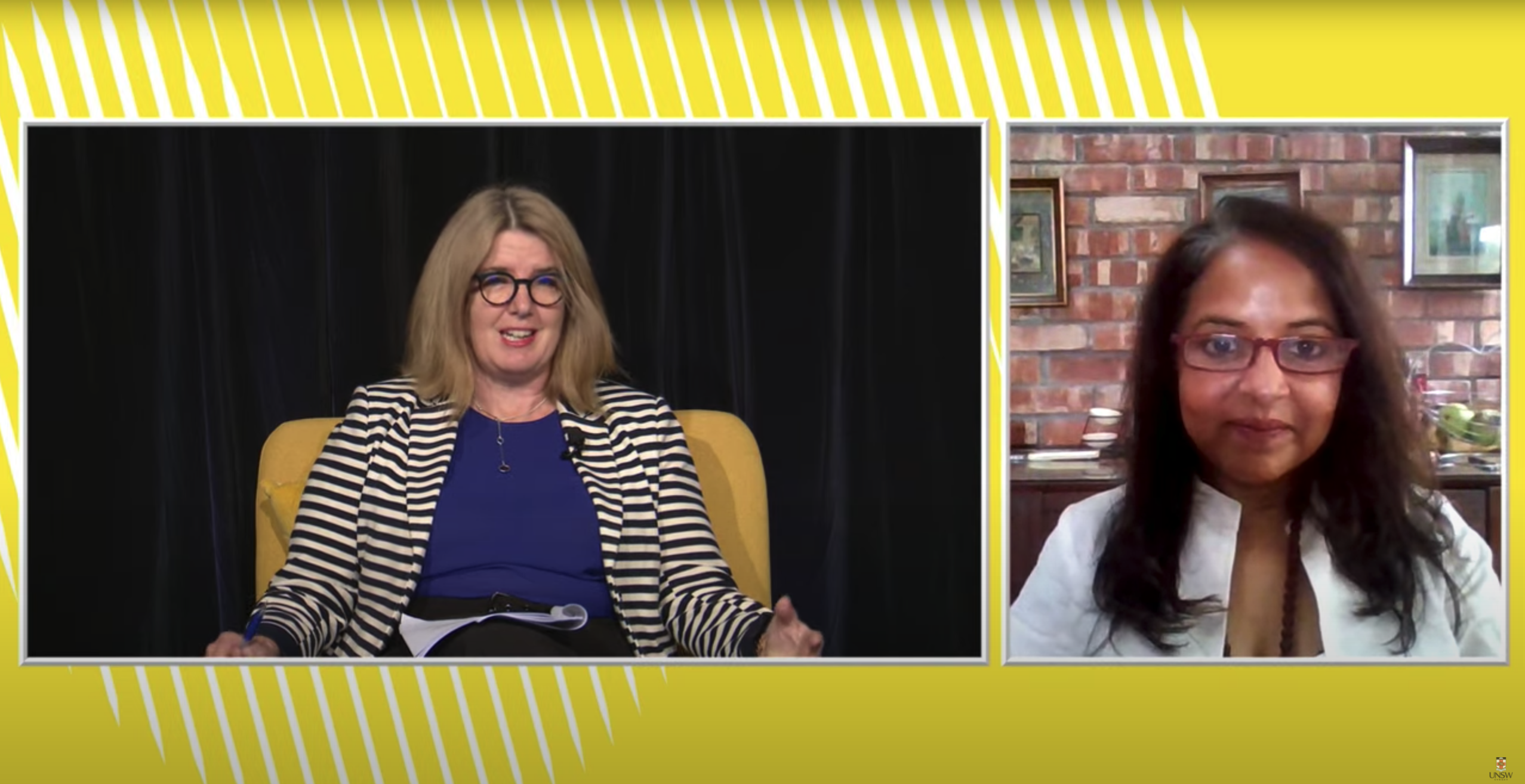 Poverty, equity and the drivers of health.

watch   &   listen
The story of Earth

How have the planet’s minerals evolved?