Justice for the Oceans

We don’t need one hero, we need thousands of people transforming the places where they live, because if what we need to do is transform our electricity transportation, land use, agriculture, manufacturing, buildings…we need leaders in all of those sectors, in every location.

How can we make a Blue New Deal?

Healthy oceans are fundamental to a healthy planet. From phytoplankton, the tiny ocean plants that produce the oxygen we breathe, to the rich diversity of other ocean plants and creatures, we depend on our oceans to survive and thrive.

But our oceans are both under threat and pose a threat. Pollution, overfishing and the destruction of coral reefs are killing them from within, while the impacts of climate change – rising sea levels and storm surges – are transforming the ocean from friend to foe for the many millions who live on the coast.

Globally-renowned ocean defender Dr Ayana Elizabeth Johnson is clear: saving the oceans is key to fighting the climate crisis. In this conversation Ayana Elizabeth Johnson and leading Australian marine scientist Emma Johnston explore how these issues are playing out in Australia and internationally, the future of the oceans in the age of climate change, how to mobilise support for a Blue New Deal and how women leaders are pioneering global climate action. 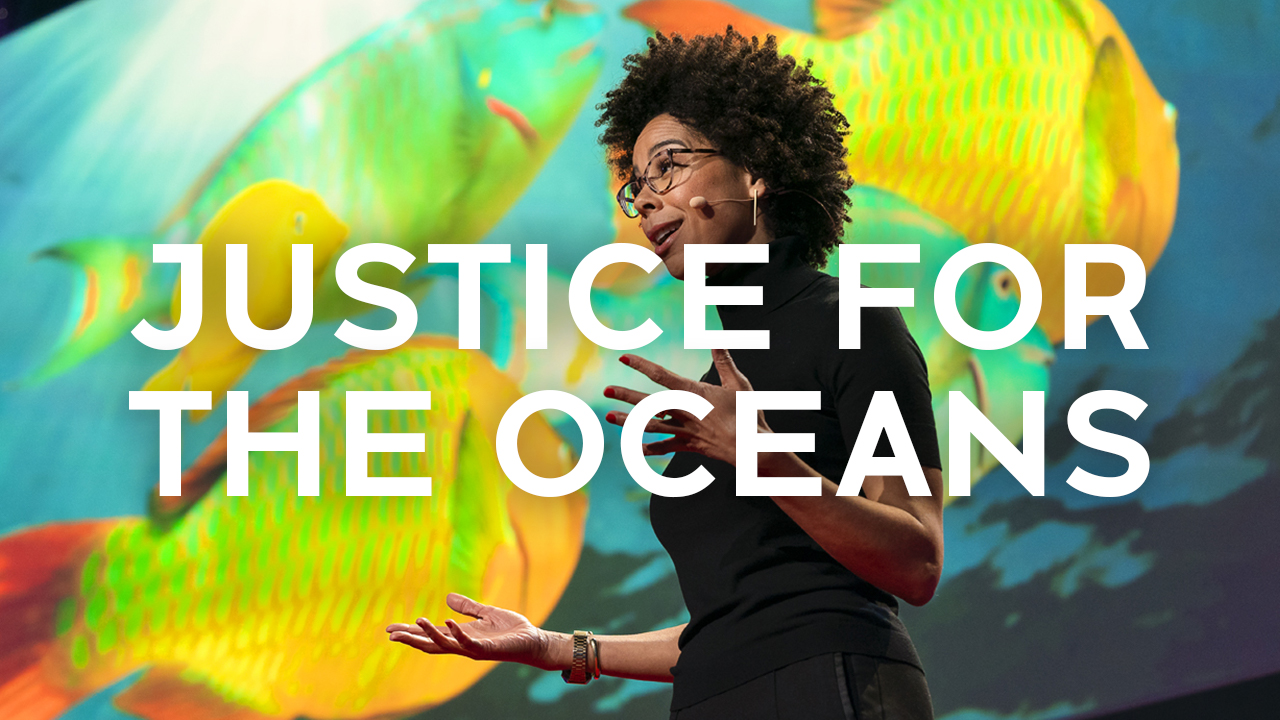 Presented by the UNSW Centre for Ideas, UNSW Science and the Powerhouse Museum for the 2021 Sydney Science Festival. Supported by Inspiring Australia as a part of National Science Week.

Dr Ayana Elizabeth Johnson is a marine biologist, policy expert and writer from New York. She founded Urban Ocean Lab, a think tank for coastal cities, and is co-creator and co-host of the How to Save a Planet podcast. With Dr Katharine Wilkinson, she co-edited the climate anthology All We Can Save, and co-founded the All We Can Save Project. Most recently, she co-authored the Blue New Deal, a roadmap for including the ocean in climate policy. Previously, she was executive director of the Waitt Institute, developed policy at the Environmental Protection Agency (EPA) and National Oceanic and Atmospheric Administration (NOAA), was a leader of the March for Science and taught at New York University. Dr Johnson earned a BA from Harvard University in environmental science and public policy, and a PhD from Scripps Institution of Oceanography in marine biology. She publishes widely, including in The New York Times, Washington Post, Los Angeles Times, Time, and Scientific American. She is on the 2021 Time 100 Next List and was named one of Elle’s 27 Women Leading on Climate. Outside Magazine called her “the most influential marine biologist of our time”. Her mission is to build community around solutions to our climate crisis. Follow her at @ayanaeliza.

Professor Emma Johnston AO is a marine scientist at UNSW Sydney and a national advocate for improved environmental management and conservation. Emma studies human impacts in the oceans including pervasive threats such as climate change, plastic pollution, and invasive species. Emma conducts her research in diverse marine environments from the Great Barrier Reef to icy Antarctica and provides management recommendations to industry and government. In recognition of her contributions to environmental science, communications, and management, Emma has received numerous awards including the Australian Academy of Science’s Nancy Millis Medal, the Royal Society of New South Wales Clark Medal, the Eureka prize for Science Communication, and in 2018 she was made an Officer of the Order of Australia (AO). She is immediate past President of Science & Technology Australia, a current Board Member of the Great Barrier Reef Marine Park Authority and Co-Chief Author of the Australian Government’s State of Environment Report 2021. Emma is a high-profile science communicator and television presenter for the ongoing BBC/Foxtel series, Coast Australia and has appeared multiple times on ABC Catalyst, The Drum and Q&A. Emma is currently Dean of Science and Professor of Marine Ecology and Ecotoxicology at UNSW Sydney.