Jim Al-Khalili: The World According to Physics

Jim Al-Khalili’s new book, The World According to Physics, is his love letter to the subject he has spent most of his life thinking about.

Physics is a key part of the human quest to understand the world. In this talk, he shares with us his account of what physics has achieved. Taking us on thrilling journey through the laws of the universe, he brings to life what physics reveals about the nature of reality. What is the cutting edge of what we know? What are the speculative theories that may become scientific fact in the future?

Jim Al-Khalili is renowned for his ability to make the principles and stories of science easily understandable. From the physics of the cosmos to the physics of everyday life, he will bring us up to speed – uncovering what the biggest ideas mean and why they matter. What are the discoveries that lie ahead?

Quantum mechanics is a famously confusing idea – cats in boxes that are dead and alive at the same time, atoms in two places at once and all that other business… it's a counter intuitive idea and yet it’s probably the most important theory of all of science. 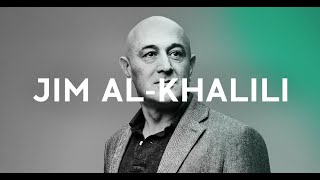 Presented by the UNSW Centre for Ideas and supported by UNSW Science. This event is part of the UNSW x National Science Week program.

Jim Al-Khalili FRS is a quantum physicist, author and broadcaster and one of the best-known science communicators in Britain. He holds a Distinguished Chair in Physics at the University of Surrey where he teaches and conducts his research. He received a PhD in nuclear theory in 1989 and has since published widely on physics and the history of science. He has written 12 books, including his first novel, between them translated into over 26 languages. He is a regular presenter of TV and radio science documentaries and programs and is the recipient of numerous honours and prizes, including the inaugural Stephen Hawking Medal. His latest book, The World According to Physics, is published by Princeton University Press.

Professor Emma Johnston AO is a marine scientist at UNSW Sydney and a national advocate for improved environmental management and conservation. Emma studies human impacts in the oceans including pervasive threats such as climate change, plastic pollution, and invasive species. Emma conducts her research in diverse marine environments from the Great Barrier Reef to icy Antarctica and provides management recommendations to industry and government. In recognition of her contributions to environmental science, communications, and management, Emma has received numerous awards including the Australian Academy of Science’s Nancy Millis Medal, the Royal Society of New South Wales Clark Medal, the Eureka prize for Science Communication, and in 2018 she was made an Officer of the Order of Australia (AO). She is immediate past President of Science & Technology Australia, a current Board Member of the Great Barrier Reef Marine Park Authority and Co-Chief Author of the Australian Government’s State of Environment Report 2021. Emma is a high-profile science communicator and television presenter for the ongoing BBC/Foxtel series, Coast Australia and has appeared multiple times on ABC Catalyst, The Drum and Q&A. Emma is currently Dean of Science and Professor of Marine Ecology and Ecotoxicology at UNSW Sydney.